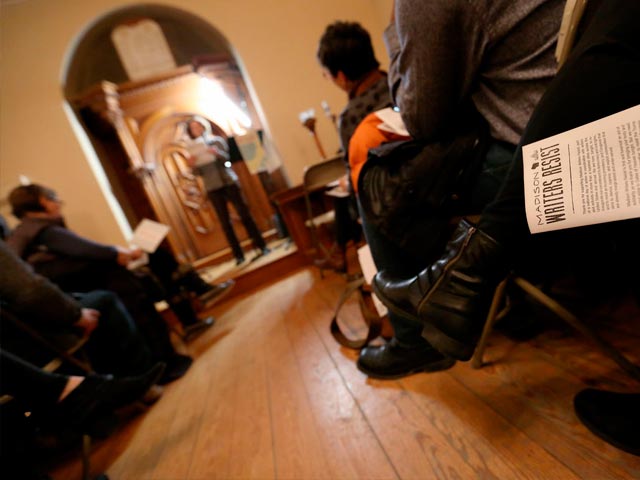 When Araceli Esparza heard a six-year old African-American girl read a poem about her love for Madison, it made Esparza want to cry.

“I want her to grow up and still feel that way. She represented to me a hope; can we fix, before she notices, this terrible inequity in our city?” Esparza asks.

To Esparza, a Madison poet, the girl’s words represent the power of poetry. But the power is often limited; even though Esparza has had multiple works published, she knows that poems don’t usually reach a wide audience.

“With a literary journal, only so many people are going to read it, and I want to write for people who don’t read poetry,” she said.

This summer, thanks to Metro Transit’s Bus Lines poetry project, local poets, including Esparza and the six-year-old girl, will get to see their words not only jump off the page, but whiz by in traffic. The winning poets were honored last week at a reception at the American Family DreamBank.

Getting poems from the minds of Madison citizens to the side of a bus involves cooperation between Metro Transit, the Madison Arts Commission, Edgewood College and the Madison Poet Laureate.

“This is a very public display of public institutions working together,” said Edgewood College professor Carrie Firman. “Especially given the political climate in the whole country, it’s important to see that cooperation can happen.”…continue reading>>